The death toll from violence last week in Ethiopia’s northern Amhara region has risen to at least 50, residents said on Tuesday, amid tensions in the area between the country’s two largest ethnic groups, the Oromo and Amhara. 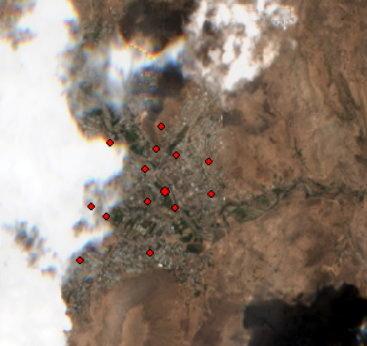 Thousands of people took to the streets of Amhara’s regional capital Bahir Dar and other towns on Tuesday to protest against the killings, footage from the state-run Amhara Media Corporation showed.

National elections are approaching in June and several regions in Ethiopia are plagued by political and ethnic violence. Political reforms after nearly three decades of iron-fisted government have emboldened regional powerbrokers, who are challenging Prime Minister Abiy Ahmed’s party in a bid to secure more resources and power for their own groups.

A local official said on Monday that clashes had killed at least 18 Oromo people in the Oromiya Special Zone, an area in Amhara with a majority Oromo population.

On Tuesday, residents of the town of Ataye said the number of dead was higher and included Amhara security personnel. Houses were burnt in the fighting, according to two men who asked not to be identified for fear of reprisals.

“On Saturday and Sunday alone I collected 18 bodies of civilians, including women and children. They were killed with firearms, machetes, and some were stabbed. They are all Amharas and some even were people that I knew,” a government employee who lives in the town, and who is an Amhara, told Reuters by phone.

The employee added that he had personally helped recover the bodies of 14 personnel belonging to the Amhara regional government’s security forces. He said attackers had gathered around the town last Wednesday, ahead of the clashes.

“We know some of them, who are our Oromo friends and are residents of the town. I have seen them fighting alongside a group that was well equipped. They were all Oromos,” he said.

A second resident said he had seen at least 20 bodies around Ataye, including those of his friends. Both men asked not to be named to avoid possible reprisals. It was unclear if the 20 might be some of the same bodies seen by the first resident.

“The attackers were wearing an old camouflage uniform which used to be worn by the army. Many houses are torched and you can hardly see any house that hasn’t been affected,” the second resident said.

Ali Hassen, an Oromo resident from the Oromiya Special Zone, said machineguns had been used in the fighting and blamed the violence on unnamed regional leaders fanning the flames.

“We all need peace. It is just a language difference and there is nothing wrong with the people. The problem is from above,” he said.